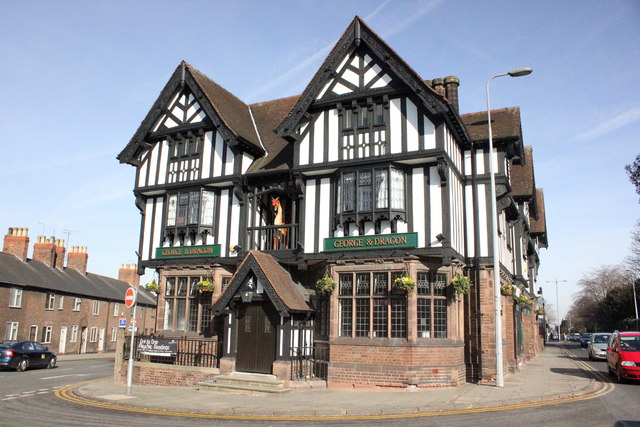 The worst most bar-owners have to deal with is cranky customers and long hours – but one business owner also has to content with things that go bump in the night. Estelle Whittaker speaks to the owner of the “most haunted pub” in Chester.

In the world of work in the twenty-first century, there are a whole range of day-to-day stresses and problems that people have to deal with to earn a living. For most people, though, coping with ghosts isn’t one of them. So spare a thought, then, for Jeremy Peel, landlord of the George and Dragon pub on Liverpool Road in Chester – allegedly one of the most haunted in the city.

Jeremy is an easy going, personable host; if there really is paranormal activity there to contend with, it doesn’t seem to have taken too much of a toll on him.

“I’m forty-six going on twenty-seven” he jokes when asked for his details, reflecting his youthful exuberance. He’s courteous and friendly, insisting on standing his interviewer a free diet coke, and his amicable nature has clearly been appreciated by other visitors of the pub, such as student Karolina Koziol:

“Jeremy was so kind, offering us a place to stay when we had nowhere to go during student jailbreak!”

The amiable landlord aware of his pub’s history, and takes some pride in recounting the fact that it sits astride the old Roman road leading out of the ancient city of Deva.

The job at the George and Dragon (where he’s now been landlord for two years) is only the latest in a long line of pubs that Jeremy’s worked at over the course of his career.

It seems that hauntings, too, are nothing new to him: “I’ve had an awful lot of pubs over the years which have been haunted,” he says nonchalantly, though he hasn’t had any sightings himself at any of them. This familiarity with alleged ghostly activity must be what accounted for his lack of trepidation in taking on the George and Dragon.

“I’d heard a rumour that it was haunted” he says – but then is quick to add: “but I never looked into it fully”.

Indeed, Jeremy is a self-confessed sceptic about all things spectral, including the phantom Roman soldiers (or at least, the sound of their footsteps) that are said to haunt his own pub.

Even if Jeremy hasn’t personally had any inexplicable experiences, his staff certainly have. He’s comfortable (and perhaps slightly amused) discussing the kinds of things they have witnessed, which include hearing noises from the (empty) cellars and seeing objects move off tables of their own accord.

Guests staying at the pub (it has fourteen rooms in the hotel upstairs) report seeing figures walking the corridors that are there one minute and mysteriously vanished the next.

Although he denies having been directly affected himself by anything supernatural in the pub, he says that there’s no doubting the impact that the pub’s haunted reputation has had on trade. Far from scaring customers away, Jeremy says some patrons with an interest in the supernatural come to the George and Dragon precisely because of its haunted reputation.

“We do get the odd person that comes because we are haunted and asks to stay in room twenty seven or whatever,” he says, pointing out that room 27 has the dubious reputation of being the most haunted of the lot. Adds Jeremy: “Invariably we get quite a lot of foreigners and people who have looked up the pub online.”

As well as regular guests looking for supernatural fun to spice up their stay, the pub’s fame is now so great that Jeremy gets requests from paranormal researchers wanting to carry out investigations in the pub.

In spite of his own lack of belief, it’s typical of his tolerant outlook that he’s more than happy to accommodate them.

“They see articles in the paper,” he says of the amateur ghost sleuths, “and contact me asking if they can come and do investigations, and I’ve said yeah.”

Jeremy is convinced that the media has played a pivotal role in drumming up interest amongst the research community.

“Apparently, we were on Most Haunted many years ago, which got dragged up in the paper last week,” he confides.

“We’ve had plenty of interest because of it.”

Interestingly, one person who’d like to lead an investigation there is Jeremy’s own sister, now in her sixties. Evidently a cynical attitude to the mystical doesn’t run in the family, as she is a firm believer as a result of experiences she’s had living near Pendle Hill in Lancaster, scene of the infamous seventeenth century witch trials.

With his staff, paying customers and even close family members convinced that there’s something in the tales of haunting at the pub, hasn’t Jeremy ever experienced anything uncanny himself? He looks thoughtful. He is willing to admit to sensing something “eerie” on occasion down in the pub’s cellars.

Anything else – especially since he lives full time in the pub, sleeping in an overhead apartment? This much he will confess: “I work late at nights, so I regularly work between twelve and three o’clock, and I’m constantly getting up and going: ‘do I hear something?’” But that’s as far as he’ll go, and the next instant, as if snapping out of a daydream, he’s quick to reiterate his cynicism about “that sort of thing”.

And it’s with the same light-hearted manner that he has maintained throughout that he waves me off as I walk out through the door and into the light. 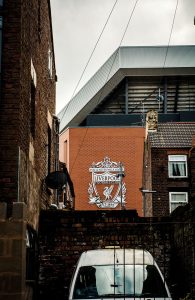 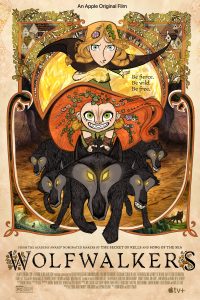