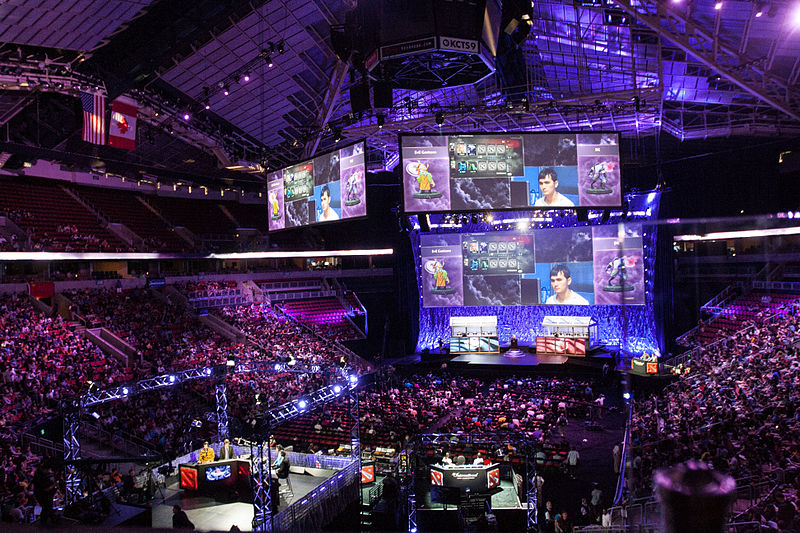 It was the year 1997, and over 2,000 people had gathered together in Atlanta, Georgia, all in the hope of claiming a prize unlike most others; John D. Carmack’s Ferrari 328 GTS.

The ‘Quake’ developer’s competition was significant; as Dennis “Thresh” Fong claimed the grand prize, not many people would’ve been able to predict what was to come next, not least the man behind the original concept.

With e-sports revenue set to double to over £1.2billion between now and 2020, and the Philippines, amongst others, recognising it as an official sport, many now wonder how it has exploded so sensationally into mainstream society.

“I think so many people have taken to watching esports because it combines what a lot of young people love,” said David Bytheway, the first Brit to sign a professional Esports contract with a football team.

“Whatever game you play, there’s always an urge to know who’s the best, to see what they do differently to you. It’s fascinating,” claimed Wolfsburg FC’s latest recruit.

Bytheway is one of 13 professional esports players signed to real-world sides in the last 12 months alone, representing them at major football gaming competitions.

However, the 22-year old thinks that this number could rise rapidly as more people start to understand and accept Esports as a professional discipline.

The Wolverhampton-born ‘athlete’ said: “Being the first British gamer signed to a football club feels amazing. It’s an achievement I’ll always be proud of. It was a little like stepping into the unknown.

“Playing for a sports team brings a natural pressure. People will always expect you to be amazing, so you’re the guy that everyone wants to beat!

“Esports will always be doubted by people who don’t quite understand it. When you describe the pressures involved, the training, the dedication, the risk, that’s when people start to understand it’s the same as every other sport.

“Sure, you can say we just play games. But when you play at this level, it’s like comparing it to kids playing football at the park and Barcelona playing at the Nou Camp- the difference is huge.”

The pinnacle of the competitive football gaming scene in 2017 was the FIFA Interactive World Cup (FIWC), where overall winner Spencer Ealing scooped a whopping $200,000 prize pot with victory at Central Hall, Westminster.

However, this winners fund is minimal in comparison to other Esports gaming tournaments; the winners of Dota 2’s annual championships claimed an incredible £8.2million just three months ago.

With esports being considered for selection as a sport for the 2024 Olympics in Paris, by the International Olympic Committee, many people have highlighted the need for such major events in raising the overall profile of the sport.

Epsilon Fully aka Akima Byron, who competed in the 2017 FIWC Regional Finals, believes that such large-scale events are paramount for the overall growth of the genre.

He said: “These events are vital in raising the profile of the sport. This is the biggest stage to show our skills, much like the actual World Cup. If we want to be taken even more seriously in the future, we need more of these big events happening.”

However, Jim Rossignol, a British computer game journalist and critic, believes that growth is linked more to the sense of community which has developed, as more and more players and fans become connected with one another.

“I think esports is part of a wider trend of people building a sense of community and belonging around games. People don’t treat games as a solo or isolated activity. They are, like everything else, cultural, part of the shared fabric of life.

“I don’t think esports have reached a mature phase yet, and I believe they’re still finding their footing. There’s clearly an audience there, but when exactly it will be recognised in wider culture remains to be seen.”

Video Gaming enthusiast Matthew Cassidy, who has followed the growth of competitive gaming for over seven years, also feels that esports could be heading for unknown territory in the years ahead.

“More and more people are getting onboard with the concept, and I can only see esports going from strength to strength; it’s frightening to imagine how huge it could become in 10 or 20 years’ time.”

From a 2000-player tournament in Atlanta, to sold out arenas and monumental prize pots across the globe, it is evident that Esports has come on leaps and bounds in just 20 years.

It seems the only way is up for this remarkably exciting new discipline, and we shouldn’t be surprised to see professional gamers mounting the Olympic podium in less than seven years’ time.