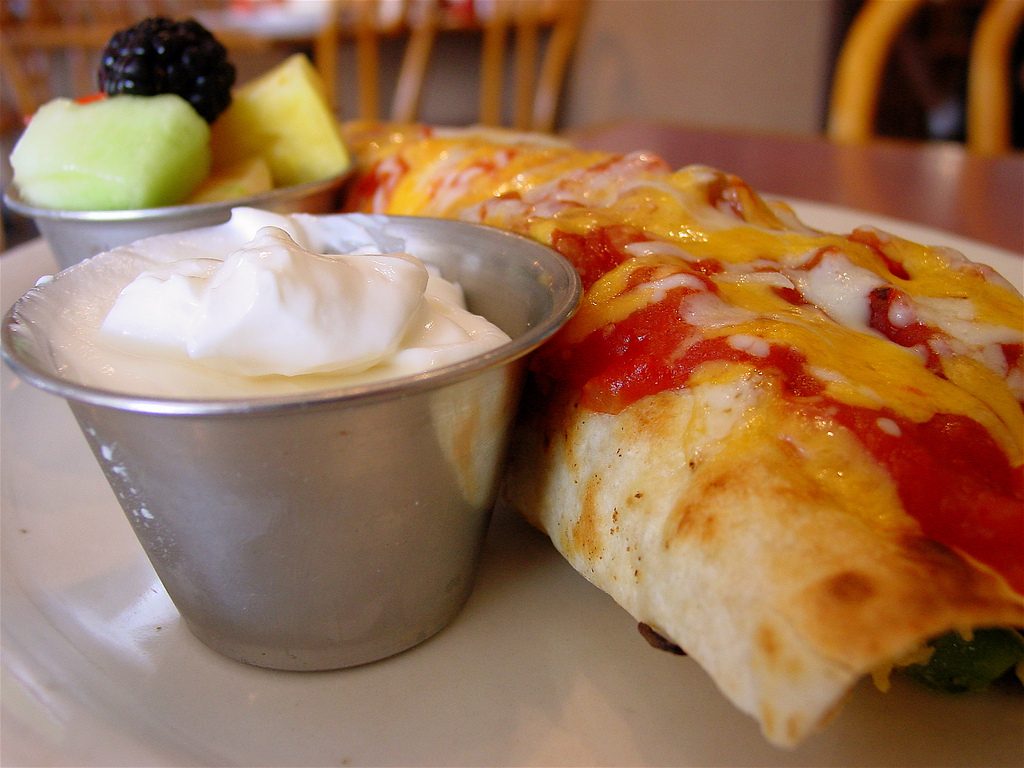 “Garden City in Chester has become the unlikely home to a taste of the Americas. Sydney Cox chats to a food entrepreneur about the lure of home-cooked Mexican food.”

Every morning Krista Anderton walks down the stairs and through the kitchen of her historical Chester home, and into an authentic Tex-Mex burrito shop. Much like the recipes created by Anderton, Mama K’s Burritos was home-cooked from scratch and brought to life in her family kitchen.

Six years ago, Anderton and her family moved from Phoenix, Arizona to Chester. Inspired by her love of good food and a lack of Mexican cuisine in the area, Anderton says “I created recipes and started selling my product…When we moved here from the States, there was not really any good Mexican or Tex-Mex food; from what I was used to. So I thought: there was a gap in the industry, and I love cooking.”

Anderton initially approached this gap selling cold dishes, salsas, chips and dips at festivals and artisan markets-going up as her business grew. When she first discovered local markets she found that, “A lot of people do markets and have a stall, that’s kind of what enthralled me from the start.  Because I didn’t really have a career per-say when we moved here. I was like, ‘do I want to sit in an office behind a desk for the rest of my life? Not really. So I thought: cooking was something I enjoy.”

When the products thrived, she moved on to making hot dishes and burritos as well. When people took well to those, she and her family opened up shop in their home.

The startup business has been up and running for roughly 10 months now, and is fully operated out of the Andertons’ Canal Street home. They expect to expand to a shop within the next year or so, given how business has done thus far. Anderton says that it was a trial and has really taken off.

While Mama K’s is notorious among its customer base for their unique and ridiculously huge burritos, no direct marketing or advertising has been done to promote the young business. Anderton and her team rely solely on word-of-mouth communication and light social media activity, which for the moment seems to be working quite well in Chester. New customers often sheepishly peer through the front door asking if they’ve found Mama K’s-as the tucked away house is an unexpected venue for the burrito shop they found online or heard about from a friend.

Although the business is self-operating in deliveries, Mama K’s works with Deliveroo, Hungry House and Just Eat as well. Anderton shares that this has been a positive marketing strategy; It allows the shop to reach a wider range of customers on more than one platform. However the business is always looking to build on operation from its own website as well.

Though starting right from the kitchen may have shifted a more labor\time-intensive workload to Anderton and her team, she tells that it also cut a few heavy costs involved in setting up a business. “We didn’t have to worry about overhead of opening a shop yet. So that was a big expense that right now we don’t have to worry about. In the next few months, we will. It’s not bad starting it from where we did. We thought ‘we’ll try it and see how it works.’ And it’s done really, really well. So I’m thrilled to bits. People like it as much as I do.”

At the moment, Anderton works roughly 100 hours weekly in the operation and development of her business. Hours aside, she loves what she does and encourages other entrepreneurs to pursue what they love. When asked what advice she’d give someone trying to kickstart their own business, she had this to say: “Plan on it being a lot of hours. Don’t think it’s going to happen overnight because it takes a long time to get it going. It’s hard work; plan on standing on your feet most of the time-all the time, and have fun with it…you should be doing something you enjoy. Make sure you enjoy it, but I wouldn’t turn a hobby into a business.”

Anderton spent nearly 20 years in Arizona where there is a high exposure to Mexican food, but her fondness for authentic cooking goes back to her childhood. Anderton tells that:

“Growing up, I had a babysitter; she didn’t speak much English, so I kind of was around that a lot. She used to make homemade tortillas and cook them on top of her gas oven. But she’d cook them over the gas; with her fingers, and it was crazy. I used to watch her do that.”

The way to make good Mexican food is something that Anderton knew from taste and different experiences throughout her life; which she then set out to transcribe into recipes.  It’s taken quite some time to simmer the exact measurements of Anderton’s lime and coriander chicken, spicy chili beef and all other creations down to the consistent ingredients of a Mama K’s burrito.

Anderton adds: “It probably took me about four or five months before I got the recipes even close to where I wanted them to be.”

Aside from her chicken and beef recipes, Anderton has developed a science to perfecting spicy paprika pulled pork, lime and coriander rice, homemade guacamole and salsas, chili cheese cornbread and her own interpretation of the flavors of Tex-Mex cooking to bring to Chester’s table.