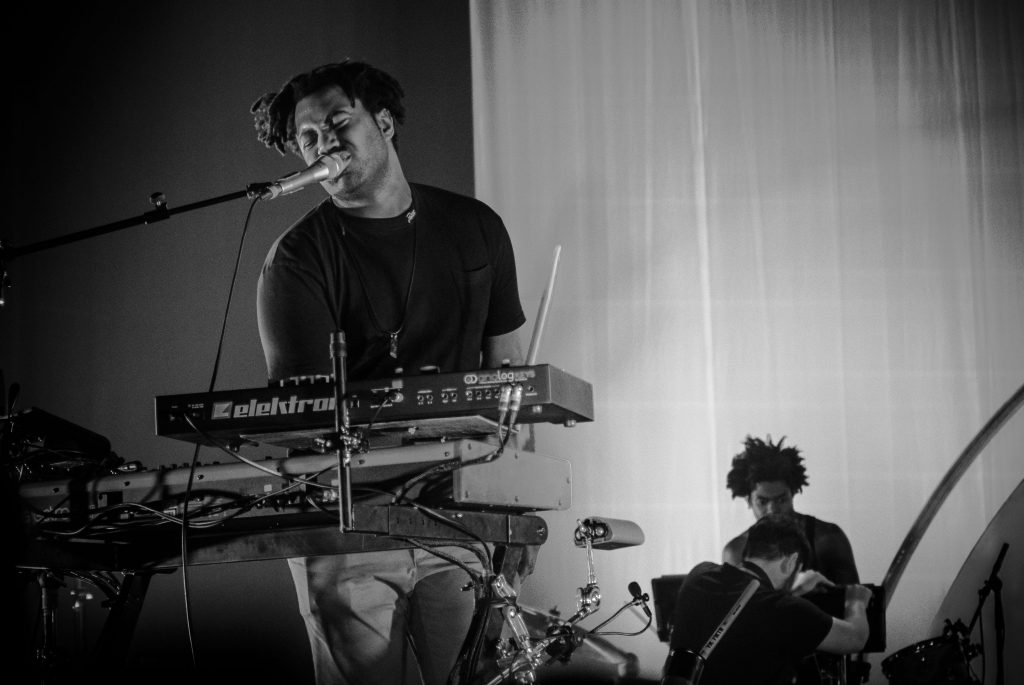 Music Journalism student Katherine Misel takes a closer looks at Sampha, a British singer, song-writer and producer from South London, and his newest album that was released at the start of February.

In the year 2017, it seems like music listeners everywhere are obsessed with dancing to electronic music and dropping the beat. The EDM craze isn’t good news for people who appreciate the classic styles of soul, jazz and rock ‘n’ roll. It appears that within a few years, such music enthusiasts will be extinct.

But, the music industry is a cyclical phenomenon. Every day, new artists are inspired and influenced by the music of yesterday. One such artist, is British singer/songwriter, Sampha. In his latest album, Process, Sampha incorporates electronic musical aspects that complement the fundamental sound of the piano.

In September, Sampha was presented the 2017 Hyundai Mercury Prize for his soulful and autobiographical breakout album. He dedicated the award to his parents, both of whom passed away from cancer—his father in 1998 and his mother in 2015—and served as his inspiration for Process.

The record starts off with themes of personal and self-reflection in ‘Plastic 100°C’ and ‘Blood on Me.’ Both are synthesiser-infused tracks with the feature player being the piano. The songs both offer a consistent beat and different layers of sound, like heavy percussion, radio recordings, an out-of-breath singing style and string-like instruments.

Sampha gives us a further glimpse into his psyche and personal identity in ‘Reverse Faults’ and ‘What Shouldn’t I Be?’ However, these tracks focus more on the electronic sound, getting further away from an organic sound and getting into more irregular patterns, perhaps indicative of Sampha’s own behavioural tendencies.

Aside from Sampha’s lyrics and vocal component, the piano is the star of the show. Music in general is a priority throughout the record. Sampha gives each song a chance to mature before it concludes and the album moves onto the next track.

One such track is ‘(No One Knows Me) Like the Piano,’ a song driven by the piano, featuring a soft background beat. The song has a comforting sound and feels like home. Sampha harmonises about his mother and his family, two more important themes throughout the record. The song gets back to music basics with a lone piano, giving opportunity for growth in other musical aspects during different tracks, like ‘Kora Sings’ and ‘Timmy’s Prayer.’ Both songs keep with the family theme, but explore different musical combinations, like African rhythm, snapping, bag-pipe-like electronic sound and synthesised beats.

The piano comes back to make another appearance on ‘Take Me Inside,’ ‘Under’ and ‘Incomplete Kisses’ when Sampha starts discussing love and relationships in his life. All three tracks weave electronic beats and a beautiful piano melody together, creating an uplifting and playful sound.

Sampha’s traditional music background serves as a foundation for his second album, giving him a platform to build from. By creating a new, innovative sound, Process proves that conventional instruments paired with manmade music can live together in harmony.

As the music industry moves on to its next fad, the iconic marriage of juxtaposing genres in Sampha’s Process is a staple that should grace every music lover’s collection.