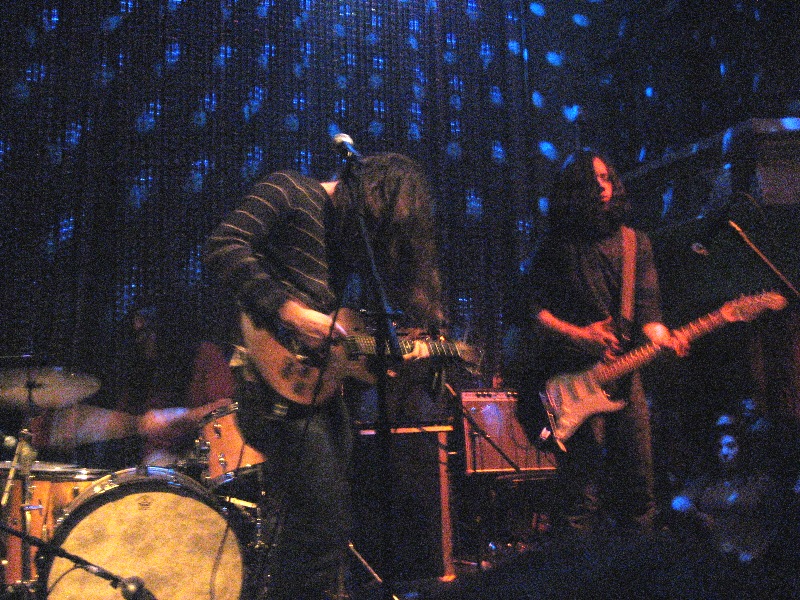 Lennon and McCartney summed up how to listen to this album with the opening line to ‘Tomorrow Never Knows’. Kurt Vile and Courtney Barnett’s ‘Lotta Sea Lice’, assisted by The Sea Lice, gives easy listening an alternative edge which means you can literally just “turn off your mind, relax and float downstream.”

The two friends met through the mass amounts of music festivals they have attended with Barnett claiming that Kurt Vile’s ‘Smoke Ring for My Halo’ helped her through a break up. As well as Courtney Barnett’s ‘Sometimes I Sit and Think, And Sometimes I Just Sit’ becoming an obsession for Vile. They adore each other. And you can tell.
After pressing play you are instantly taken by a melody of guitar riffs which leads perfectly into Kurt Vile’s tranquil voice. Courtney Barnett then replies with what can only be described as beauty, and then sets the course for the rest of the album. ‘Over Everything’ guides the listener through the lives of the two and how music will be there and is always there literally over everything else. The next track ‘Let It Go’ takes the turn taking style that is so prominent from non-related experiences to a conversation showing the chemistry between them by intertwining their talents to write.

The next two tracks give us more of an insight into both Vile and Barnett. ‘Fear Is Like a Forest’ takes that mellow guitar parts that run throughout the album and a dark twist from Barnett describes love and fear from what sounds like an experienced mind. ‘Outta the Woodwork’ sees Kurt Vile’s traditional blues riffs drive the song with his rambling lyrics.

The only question that remains after the midpoint of the album is who pissed these guys off?
Although I can’t answer that question, I believe that ‘Continental Breakfast’ is an insight into who doesn’t piss them off. The country folk styled backing track with wandering vocals highlights the friendship that is a theme throughout this album.

‘Blue Cheese’ reintroduces the country folk style with completely brilliant yet illogical lyrics. It’s like listening to the thoughts of someone with a low attention span but displayed through poetry. We are then introduced to the penultimate song ‘Peepin’ Tom’ which is the only solo performance on the album. The double entendre of ‘Peepin’ Tom’ portrays what could be a very controversial song and turns it into a love ballad. The final track ‘Untogether’ summarises the piece of art exquisitely. The roving voices of Vile and Barnett harmonise till the very end while being managed by The Sea Lice’s controlled instrumentals. As the end comes it completes the journey through the minds of these musicians.

The front cover of the two gives the insight needed for ‘Lotta Sea Lice’. Sitting opposite each other with guitars really highlights the dual and battle they produced throughout. Without trying to sound too much like a film trailer. Two friends. Two guitars. Two brilliant artists. One record… One fucking good record at that.