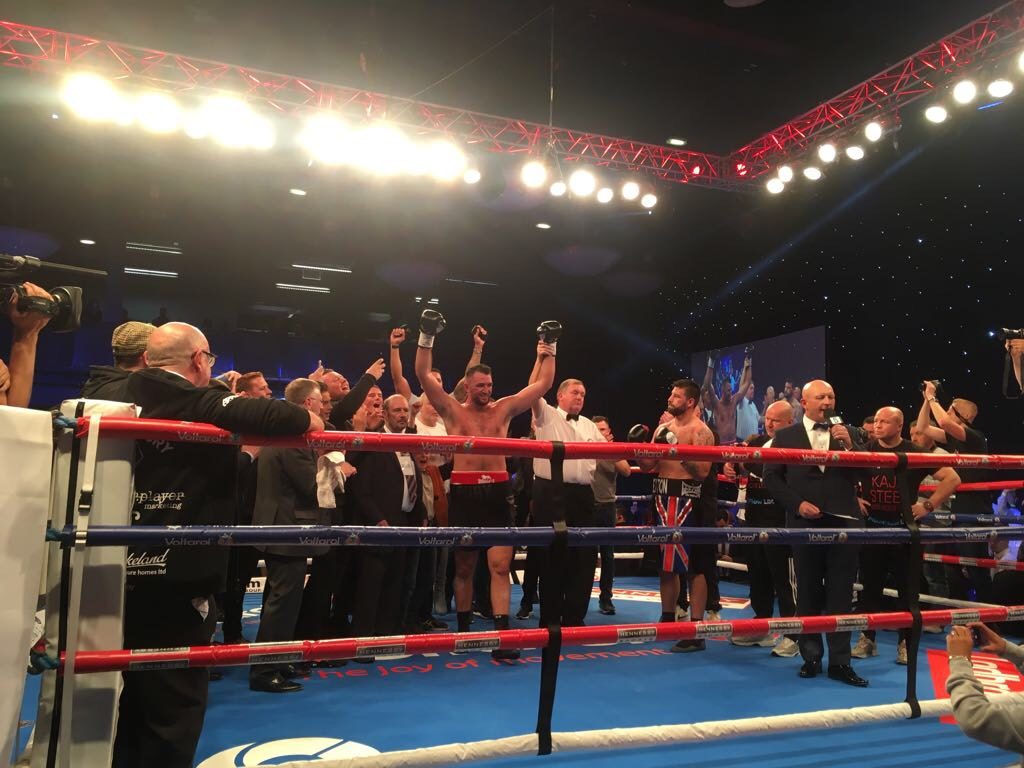 By Rowan Newman at the Macron Stadium

Hughie Fury says he will soon be challenging among the elite of the heavyweight division after comprehensively stopping Sam Sexton to claim the British crown at Bolton’s Macron Stadium, Premier Suite.

Hughie’s explosive fifth round stoppage of Sexton marked an exciting return to the ring for the Mancunian just five months after controversially losing out on the WBO title to then champion Joseph Parker.

The 23-year-old has now set his sights on claiming a world title and is determined nobody will stand in his way.

“I want those world title fights so whoever is next I will take it,” said Hughie.

“I’m a horrible fighter, no one wants to fight me because they know exactly what is going to happen.

“I’m super confident in my ability and I’ve got the mastermind there in my dad training me.

“I’ve got the determination to be world champion and that’s what I’ll do. I’m a big threat in this division.”

Hughie ensured the British Heavyweight Title made a stunning return to terrestrial TV as Channel 5 broadcast his eye-catching performance to over 1.5m live viewers.

He clinically out-boxed Sexton and sent him hurtling to the canvas in the fourth before unleashing a sickening right hand to force the referee to stop the contest in the fifth.

Said Hughie: “I was very confident going in there. I knew l was levels above him.

“The plan was to be relaxed in there, I knew as soon as I could hit him cleanly he would be gone.”