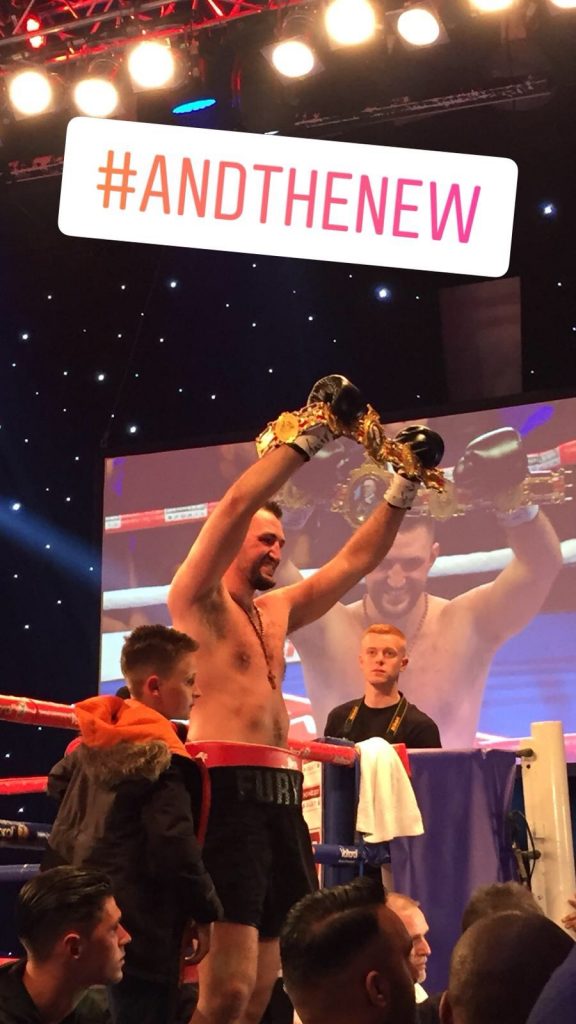 By Rowan Newman at the Macron Stadium

The 23-year-old claimed the Lonsdale belt by forcefully dismantling Sexton with his clinical jab and dangerous right hand. After flooring Sexton at the end of the fourth, it was a swift counter right that put Sexton down in the fifth with referee Terry O’Connor waving it off.

Peter reveals a stoppage was part of the game-plan as his son followed orders to make sure he produced a stunning knockout win.

Said Peter: “The only person to get Sexton out in similar fashion is David Price and we all know he is a big puncher. Hughie’s power is there, he has arrived.

“He was very comfortable. We were looking for the stoppage, it went a little earlier than we expected.

This was Hughie’s first outing since losing to a controversial points decision in a WBO title fight with then champion Joseph Parker in September.

Peter believes Hughie has proven all he has to at domestic level and is now keen to guide his son back to world level.

Said Peter: “We bypassed the British Title (to fight Parker) because Hughie belongs higher than that. But we got a lot of stick for it so he has come back now and proved that he is well beyond domestic level.

“We are going to look to improve his ranking and get him up as soon as possible to world title contention.”