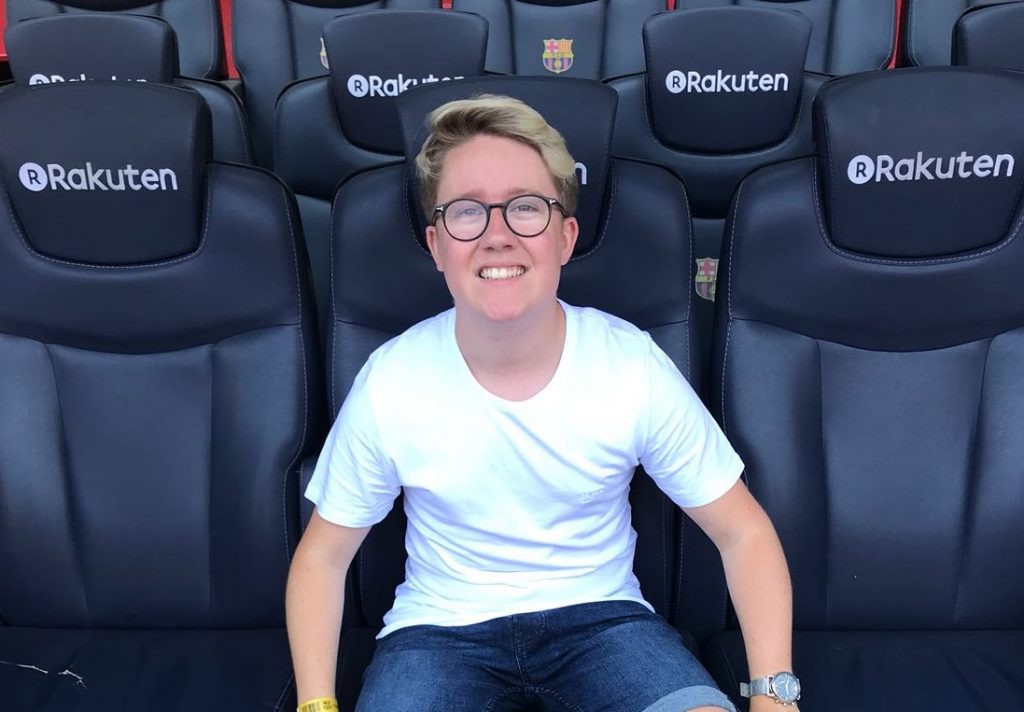 A Sports Journalism student from the University of Chester will be rubbing shoulders with the likes of Lionel Messi and Luis Suarez after landing a dream job at FC Barcelona.

Sam May, from Warrington, has only recently completed his final year of studies on the BA Sports Journalism course and will now move to Barcelona to take up the role of Digital Media Editor at the Camp Nou.

The 22-year-old travelled to London and Barcelona for interviews with club representatives at the start of May where he beat stiff competition to join the La Liga champions.

A delighted Sam said: “I know it’s a big move, especially moving abroad, but when FC Barcelona said they wanted me, how could I refuse?”

Sam will produce content around all aspects of team coverage for FC Barcelona’s official website and social media channels, including player interviews.

He landed the role after undertaking a range of placements to complement his three-year degree including spells with the Daily Mail, TalkSport, Liverpool Echo and BBC Sport as well as a week in Johannesburg, with South African Broadcast Corporation (SABC). Sam also wrote for a number of websites while at university including AS Roma’s official site and Sportskeeda.

He said: “I believe work experience was vital in helping me get the position at FC Barcelona.

“This helped me to create a portfolio of varied work, which could be showcased to potential employers. This is something my course tutors really encourage students to produce and I would like to thank them for guiding me through the course and helping me achieve my potential.”

BA Sports Journalism programme leader, David Randles, said: “This is a fantastic move for Sam, and before he has officially graduated.

“It is just reward for Sam’s hard work and diligence to support his studies with some top level work experience throughout his three years on the course.

“That FC Barcelona are taking on University of Chester Sports Journalism students is testament to the relevance of the course. We wish Sam all the very best in his new role.”