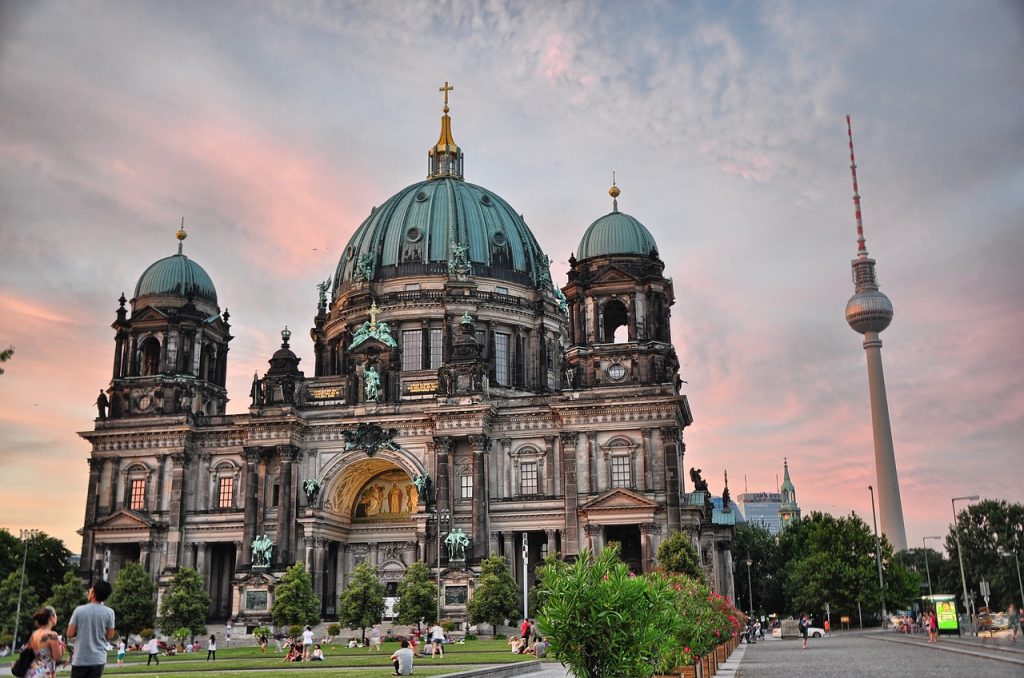 After months of anticipation, the 2019 Department of Media study trip to Berlin is here. Students and staff fly to the German capital today for a four-day adventure that will take in some of the city’s famous and iconic cultural and historical sites. Senior Lecturer in Journalism, Ato Erzan Essien, will provide updates from Berlin throughout the week, the first of which is below – albeit this was penned in Bolton before departure. Bolton. Berlin. They both start with a ‘B’ and end with an ‘n’. Close enough…

The excitement is palpable – when Dr Disco (aka our esteemed Dr Simon Morrison, Programme Leader for BA Music Journalism) begins conversing with you in German on WhatsApp, you know something’s ‘goin’ down’ …in a manner of speaking.

Of course, I have absolutely no idea whatsoever what exactly it is that is ‘goin’down’ or how it is ‘goin’ down’.

But what a motley crew we are – students from the Music, Sports and Single Honours Journalism programmes as well as Media, Business Management, Film Studies, Advertising, Broadcast Production and Presenting, Digital Photography and Marketing. Then throw into the mix the aforementioned Dr Disco, Dr Rhian Waller – Programme Leader for BA Journalism and Michelle Ponting, Programme Leader for Radio Production and myself and you potentially have the most excited, assorted group of University of Chester representatives to visit Berlin since the last lot to visit Berlin some four years ago – when Brexit was but a twinkle in ‘Comedy’ Dave Cameron’s eye.

So as a former journalist, it would be remiss of me not to attempt to sum up this collective in a way that could be encapsulated by a single ‘representative’ individual – to make it easier for you, the reader of this esteemed blog, to better imagine the collective character of this assorted group of miscreants.

Hence I resorted to the tried and tested journalistic technique of identifying the so-called ‘typical reader’. And what I discovered was quite an eye-opener:

The typical student on this latest jaunt would most likely be a 20-year-old male; if he had a name it would probably be Brellamy O’Edwardo-Matthews and would originate from somewhere in the region of Azerbaijan. His favourite music falls between the genres of David Bowie and the Murlocs …so we are probably looking at someone who rocks out to Billy Idol and also has an unhealthy interest in early 20th Century German nightclub history…

However, the most interesting aspect of this typical intrepid Berlin visitor is that they also have really good hair. Amazing hair in fact. As well as being able to slip into a pair of super-skinny jeans without as much as a yelp as the zip is pulled in an upwards trajectory sealing it all in, vacuum-like so to speak…

And scoff as you might at my point about the hair, this is actually a much more educated deduction than you think. Because as a result of my approach I have managed to discover there is actually only one bald person in the group. Not that I mind – surrounded by so many fine-looking people with …hair. Great hair. Even Dr Disco has great hair…Now where’s that subtle but effective wig and medallion combo I was going to pack?