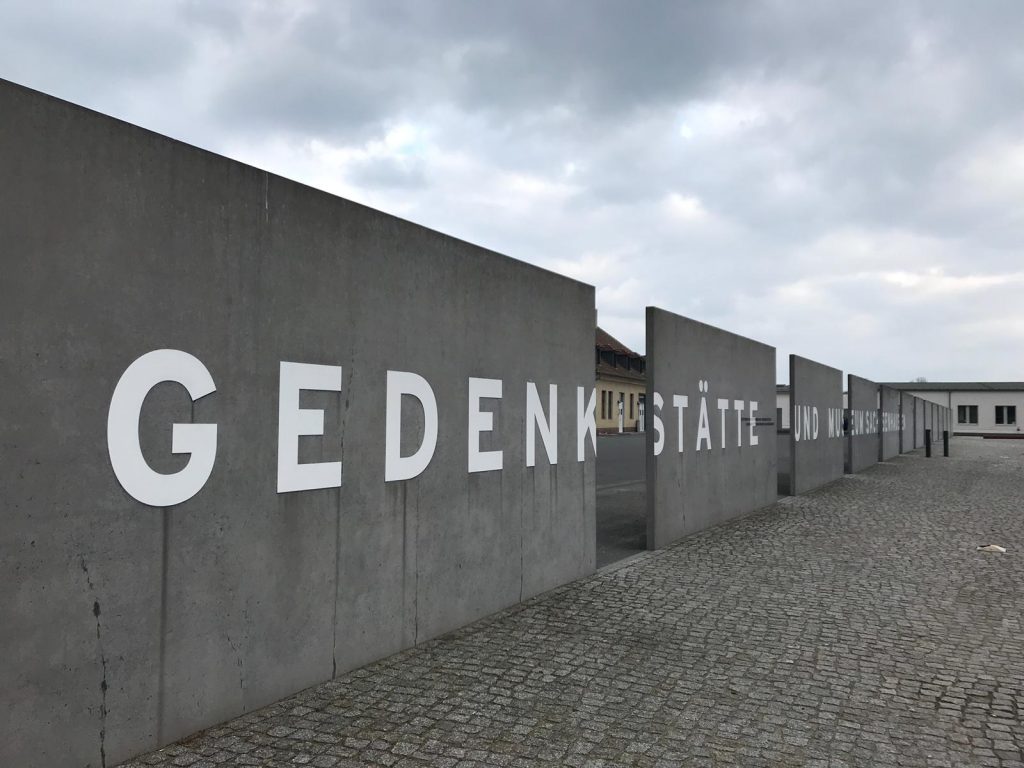 In this the third post from the Department of Media’s study trip to Berlin, Senior Lecturer in Journalism Ato Erzan Essien reflects on two of the city’s significant monuments that, in distinct ways, form an identity that transcends the German capital, indeed Germany itself.

I have developed a theory that is completely without foundation that if you want to see what a place is truly like, go for a wander just before dawn.

Berlin at that time appears to strike a strange balance between the suburban tranquility of the outskirts of Chester on a Sunday and the unrelenting restlessness of central London.

Nothing unusual there you might say but a big river flowing through a big city brings its own peculiarities that are etched into its surroundings like a scar – reminding us of not only what it looks like but more importantly ‘who’ it is.

It’s a building that wears its scars for all to see, a reminder of the world-changing and world-shattering history of this country and the centrality of the ordinary German at the heart of it. As my colleague Michelle pointed out, you get the sense that Germany is extremely comfortable with and clear about its identity when you visit the Bundestag. Imagine the EU flag hoisted next to a Union Jack in the UK Parliament. We would never stop talking about it. Many would be furious.

However, in the Bundestag you get the sense that no matter how many EU flags are hoisted around the place (there was only one in the plenary chamber) it would not detract one iota from the powerful sense that Germans have about who they are and what it means to be German. I don’t doubt for a minute that this is not a completely homogenous sense but the symbolism of the Bundestag and what it stands for is difficult to escape, and summed up very neatly in the statement carved into the front of the building which translates as: “The German people”.

And it is this sense of people that was palpable in our second excursion of the day also, to Sachenhausen, a former concentration camp right on the edge of Berlin’s outer city limits.

This was my second visit to the place and its power had not diminished. Sachenhausen is not so much a museum and education centre but a simple monument to the terrible atrocities committed against those the Nazis deemed their enemies, rivals or simply not like them.

Being there and reading the stories reminded me that in many ways this place was more a sacred site than a monument even. Not just because of the thousands of victims who were murdered there but also because those who survived have also left their marks. There is a deep emotional impression felt through the stories of those individuals, some who survived and others who died.

I had read many of the stories the last time I visited. But this time, I felt I had more time to pause and also take in the silence that fills the vast expanse the camp is situated on.

There were so many stories and artefacts such as the execution bunker and the prototype gas chamber that demonstrates the utter cold-bloodedness of those who meticulously planned and carried out the mass murder that took place there.

But a story that stood out for me this time around was the one of a young man who was persecuted and murdered because he liked to wear dresses. The ordinariness of his ‘offence’ was difficult to get past and perhaps summed up for me more than anything else why ignorance and bigotry in all its forms must always be challenged and resisted wherever it rears its head.​