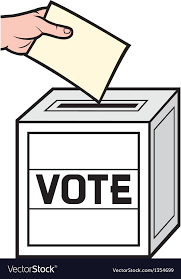 Today’s General Election promises to bring about a seismic change to the UK – whatever the result. Below is a little background on Chester’s recent election history.

Chester has had a representative in Parliament – a Member of Parliament (MP) – since 1545.

It was mainly fought over between the Liberal and Conservative parties from the late 18th century to the end of the 20th when it was taken by Labour in 1997.

The Conservatives won it back in 2010 by Stephen Moseley before losing it to Labour in 2015 when Chris Matheson took it by a wafer-thin majority of 93.

Famous incumbents include William Gladstone in 1965 and Gyles Brandreth – currently the Chancellor of the University of Chester – who held the seat from 1992 to 1997.

Although Chris Matheson increased his majority in 2017 by just over 9,000, the constituency was regarded as one of the most marginal in the country.

With Brexit arguably the biggest issue in this election, it remains to be seen whether the 2016 referendum result will be reflected this time around when the Chester and Cheshire West local authority area voted to leave by 50.7.