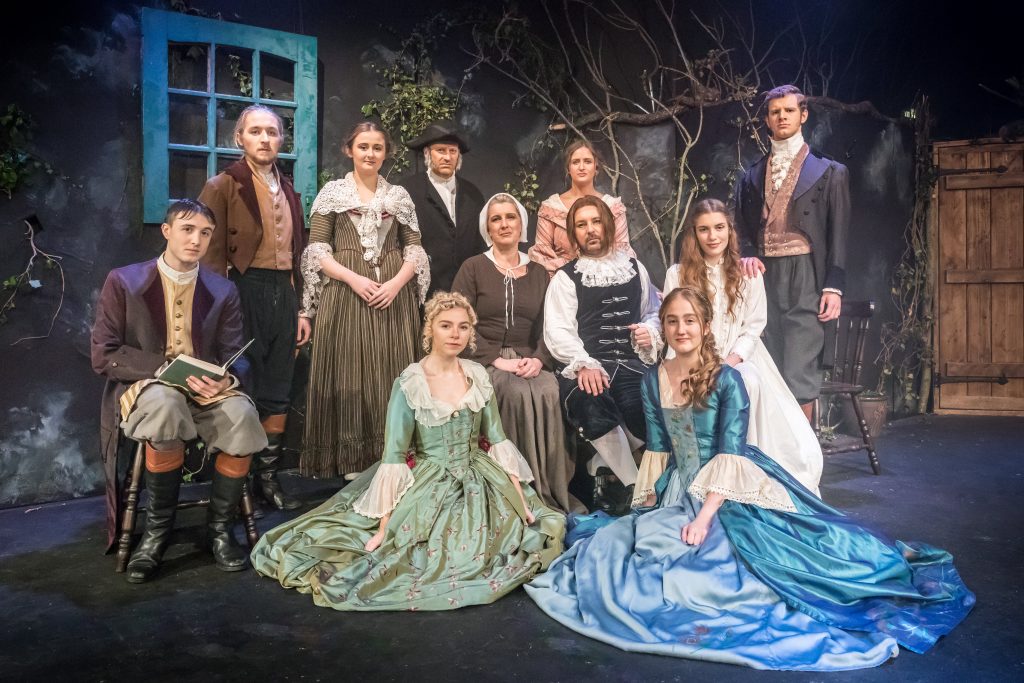 Wuthering Heights, an adaptation of the Gothic revenge novel, is playing at the Forum Theatre, Chester until Feb 1. It’s as difficult to cram Emily Brontë’s sprawling, complex and multi-generational book into a play as it is to bring the moors inside, but director Laura Coard manages it. She and the cast plait the threads of the Earnshaw and Linton clans’ love and hate-fuelled interrelationships without tangling them.

The staging makes great use of the available space; ivy climbs up the ravaged walls of Wuthering Heights, while Thrushcross Grange is represented by expensive-looking drapes. The costumes are also extremely good, and the lighting is effective, particularly during an emotionally charged visitation from a ghost.

Actors make full use of the room, using the multi-levelled set to great dramatic effect; particularly at the end where the thwarted lovers ascend together into the afterlife and sit, watching, as the rest of the story unfolds. Sophie Wolenstencroft (Catherine Earnshaw) and Paul Quinn (Heathcliff) carry the play on their shoulders as lynchpin characters, but they seem to be acting for a wider space than the actual auditorium allows. There are other standouts. Rachel Sumner as Nelly Dean is the sensible heart and conscience of the story, while Katie Deyes as Emily Brontë is an efficient narrator. The decision to include the author is a clever one; we seem to witness the story unfold as she writes it.

However, one addition to the text is dubious; there is a graphic rape scene. The perpetrator is already clearly deranged – it’s unnecessary to hammer the point home in this manner. This moment adds nothing and threatens to undermine the poignancy of the ending. However, if you have the stomach for it, the rest of the production is well worth a look, whether you’ve read the book or not.