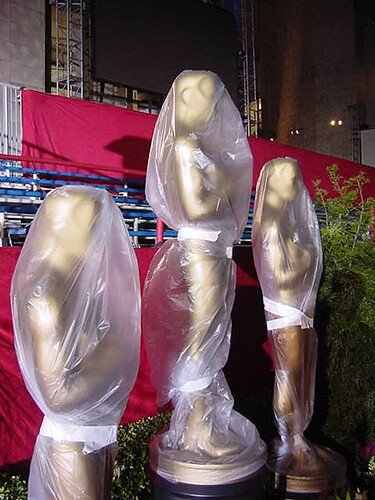 Following the official Oscars ceremony on February 9, students and staff attended the Alternative Oscars on the Warrington campus to see the results of their own voting.

Although Bong Joon-ho scooped the real Academy Awards for Best Director and Best Film (for Parasite), the results of the Alternative Oscars revealed a majority for Greta Gerwig’s Little Women, which narrowly beat both Parasite and Joker to win Best Film. Meanwhile, Martin Scorsese and Todd Phillips shared the spoils for Best Director.

However, students agreed with the Academy that Joaquin Phoenix fully deserved his Best Actor win for Joker, while the love for Little Women continued, with Saoirse Ronan being voted Best Actress alongside Marriage Story’s Scarlett Johansson.

Dr Katie Barnett, who runs the Film Studies programme and co-organised the event, said: “The event was a great opportunity for students to engage with the Oscars, and to think about the role of awards in the film industry – whether good or bad! It was particularly interesting that we got a number of write-in votes – more than one student thought Greta Gerwig should have been nominated for Best Director, and there were also votes for Eddie Murphy and Jennifer Lopez, who weren’t recognised by the Academy.”

Dr Barnett co-organised the event with Cybele Rowbottom, programme leader for TV Production, who said: “It was interesting to note that Parasite’s unexpected ground-breaking Oscar landslide was just as much a surprise to our students as it was to the world’s press.”