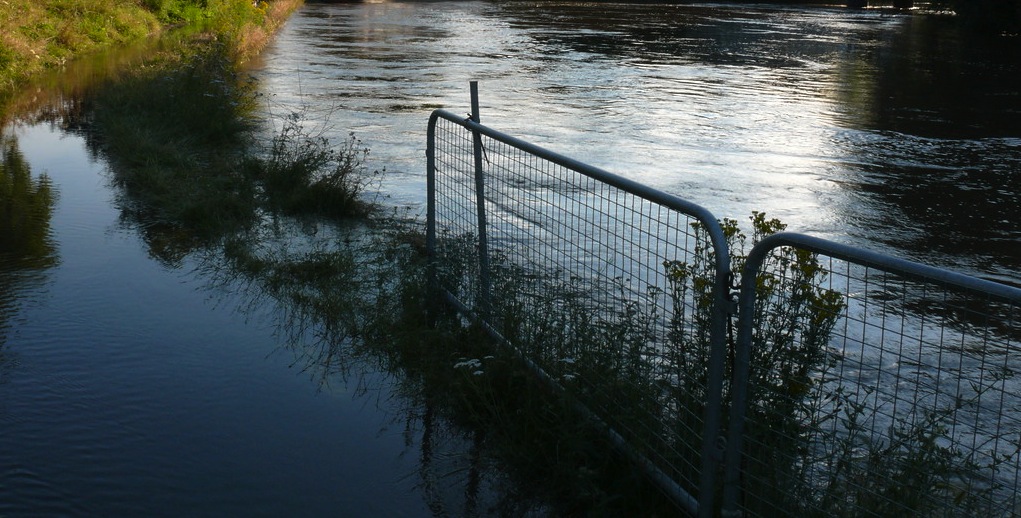 Residents in flood-hit areas are bracing themselves after a new Met Office warning.

The Met Office has issued a yellow wind warning for the weekend, from Saturday through to Sunday afternoon.

Met Office Spokesperson, Ollie Claydon, said: “In terms of the weather conditions we’re experiencing at the moment, there is nothing extraordinary, it’s just the normal winter weather.

“What caused the problems with the floods are particularly heavy bouts of rainfalls we had over the last couple of weeks and the accumulation of rain in particular locations, but in terms of the weather conditions, it’s sort of normal winter weather”.

However, the spokesperson confirmed that: “The weather conditions are set to remain unsettled through the remainder of our forecast period which takes us through to the next five to seven days.”

Residents in flood-hit areas are concerned, as they fear a new influx of rain will compound the problem.

This comes weeks after storms Ciara and Dennis hit, bringing heavy rainfall, there are still some parts of the UK experiencing intense flooding.

Residents in Llanhilleth in Gwent, Wales, have been particularly affected.

One of the residents, 61-year-old Susan Clark, said she had moved to the area a year ago before experiencing what she said was “not normal flooding” in her home.

She said: “We were woken up by our dogs at 2:30am on Sunday morning as there was water in the house downstairs and we were all scared.

“We put all six dogs in the bedrooms to be safe while we tried to collect whatever we could and run upstairs.”

The flood, she said, resulted in the family losing furniture, white goods, and all the flooring.

She continued: “The road was like a river and my son moved the van, but his car was already too deep to save.

“We waited for the fire brigade to come and rescue us which took about two hours.

Mrs Clark said she is grateful that they “got a lot of help from amazing people providing meals, furniture, dog bed, and also clearing away all wrecked belongings.”

Sarah Williams, a volunteer for the South Wales Flood Relief Donations Group on Facebook, said that, although she didn’t personally experience the flooding in her home in Cardiff, she was moved to help people cope better with high water levels that had been destroying their homes and neighbourhoods.

Ms Williams said: “I was driving from home when I had a whack in my guts because I could see people’s belongings in the gutter and toys that were washed from people’s gardens.”

Williams said that hadn’t been aware of how bad the floods were until she witnessed them.

She began to collect cleaning products to a local drop off and taking supplies to places where she felt people had been completely forgotten.

She said: “I have been posting [online] like mad, trying to keep as much action on the page and promote as much awareness, because, unless you’ve seen stuff or heard stories, you’re in a luxurious position.”

The Environment Agency has also warned that there are still flood risks for the next few days in some parts of the country, due to the recent extreme weather and there is further rainfall on the way.