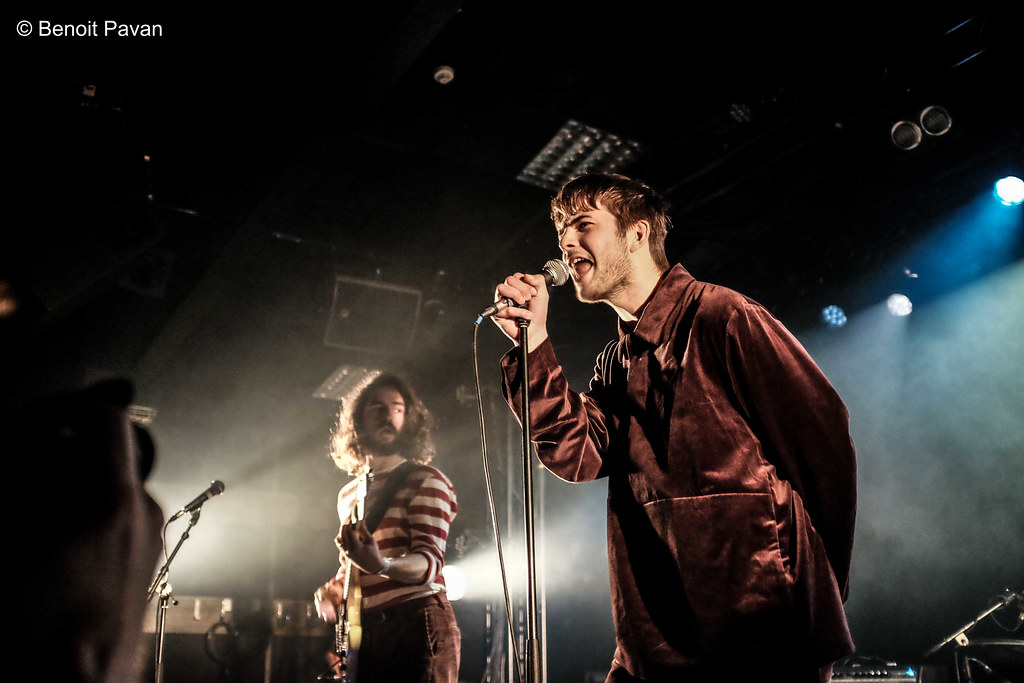 Imogen Bebb looks back on the release of ‘Dogrel’ by Fontaines D.C. on 12th April 2019

It’s always commendable to hear bands embracing the place they grew up in, and on their debut album ‘Dogrel’, Dublin-based Fontaines D.C. do exactly that.

From lead singer Grian Chatten’s highly distinctive, near-prosaic tones that are splattered across each track’s canvas like spilt paint, to references of ‘a pregnant city with Catholic mind’, to the title of the album itself being taken from a variation of the word for Irish working class poetry, the band are undoubtedly happy for the influences of their place of origin to have a firm hold on the songs they write.

And while for the quintet this apparent fascination with their homeland can make their music something of an acquired taste, even for fans of the genres in which they operate (post-punk, indie, garage rock), it is also undoubtedly one of the things that has fuelled their fast and furious rise to fame in the last eighteen months or so.

For example, BBC Radio 6 Music named ‘Dogrel’ their ‘Album of 2019’ in November, and ninth track ‘Liberty Belle’ (a perfectly-crafted post-punk/pop song that served as the band’s first single, and is undoubtedly the best track on the album) was also one of the station’s most-played tracks of the year.

Aside from ‘Liberty Belle’, other highlights on ‘Dogrel’ include ‘Television Screens’, and ‘Boys From The Better Land’, both of which combine some gorgeously poetic, bittersweet lyrics with dirty, fuss-free waves of guitars and thrashing drums.

In moments like these, ‘Dogrel’ really gets it right, and as a whole it is certainly a strong debut album that makes a bold statement. These tracks demand to be heard, heeded and acted upon, with lyrics like ‘Shall we tangle our thinking?/ Shall we give it a name?/ Let it sit at the table / Bring it in from the rain’ that would no doubt sound just as rousing being shouted in protest from a podium on a street corner as they do nestled on this album.

‘Is it too real for you?’ Chatten demands of his listeners on track 3. For some, it may well be.

It is on that almost-violent juxtaposition of the group’s brash, overt sound and pin-sharp lyrics that the remaining tracks of the album tend to lean on, however, and while this is effective to an extent, towards the end of the LP that gritty line the band are walking between ‘hardened’ and ‘heartfelt’ does begin to wear a little thin. Closing track ‘Dublin City Sky’ is therefore a welcome and well-executed change of pace in the form of a traditional Irish folk song, and one does wish there were a few more tracks like ‘Roy’s Tune’, that swims in its own lightly swinging melancholia.

Overall, as a stand-alone release ‘Dogrel’ certainly holds its own. However, one does hope that the path down which Fontaines D.C. (‘Dublin City’, by the way) next choose to progress will be one that represents the diversity of which they are obviously more than capable.