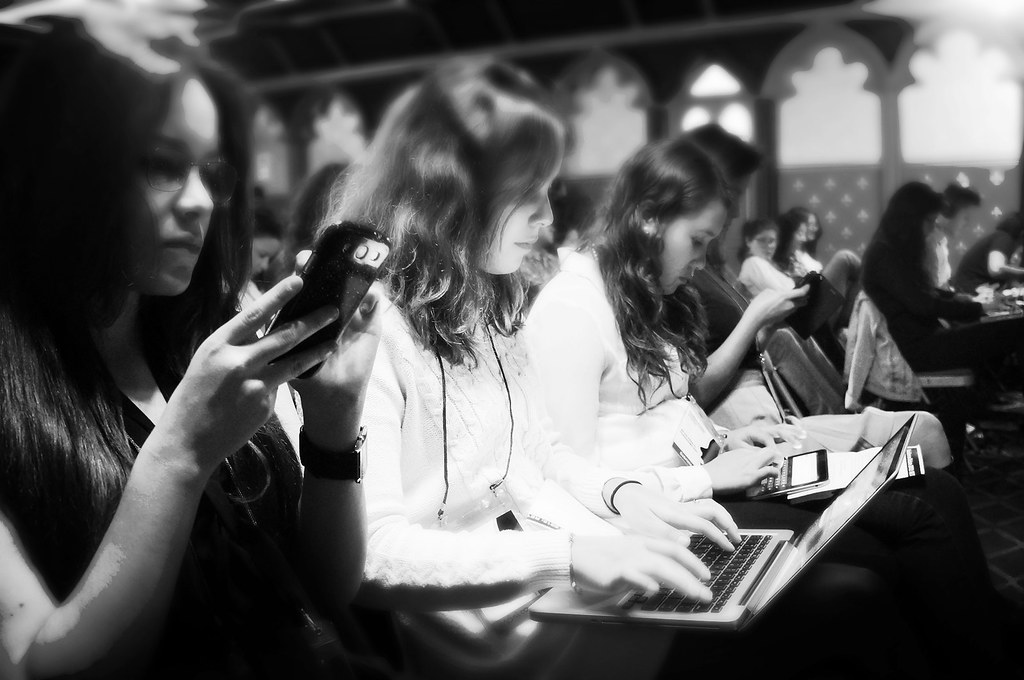 The University of Chester is currently holding a series of experience days that allow applicants to meet their lecturers and have a taster of upcoming courses.

Aspiring journalists have an unusual perspective to share: having grown up in a world where social media use is the norm, and where information is easy to come by but not always honest or useful, these are the voices that may shape the future of the industry.

Alistair Lawlor believes that, to survive, journalism will have to become ever more attuned to environmental issues.

He said: “I think the future of journalism is showing what is being done to reduce the carbon footprint and to be a more carbon neutral society.

“A lot of countries are making a commitment to becoming carbon neutral. Not only that but a lot more companies have made strides to be more carbon neutral as well as [producing] less waste in the ocean.”

Bianca Wardally argues that social media offers opportunities to tell untold stories, pointing out that people who otherwise might have their stories suppressed have taken to social media to set the record straight.

She said: “The future of journalism is social media and YouTube blogging.

“There are many victims and survivors or former bystanders that have spoken up about their truths and what they witnessed. It has now been helpful for many journalists in research.”

Kate Owen believes that journalism must open up to diverse perspectives, including more young voices.

She said: “The future of journalism for me is giving a voice to the teenagers and young people in the mainstream media, rather than speaking down to them as if they don’t have any life experiences.

“When you give 16, 17 and 18-year-olds a voice, the world of journalism would progress in a way that will interest a wider scope of people.”

She added: “I feel as though journalism will allow for young people to express their voices in a way that is engaging and provocative, rather than being unheard and prejudged in mainstream media.

“I hope to be a part of the uproar of young people who want their voices to be heard.”

If you are interested in BA Journalism (combined or single honours), as well as Sport or Music Journalism, you can join us in March for an experience day.

Visit www1.chester.ac.uk/meet-your-department to find out more.