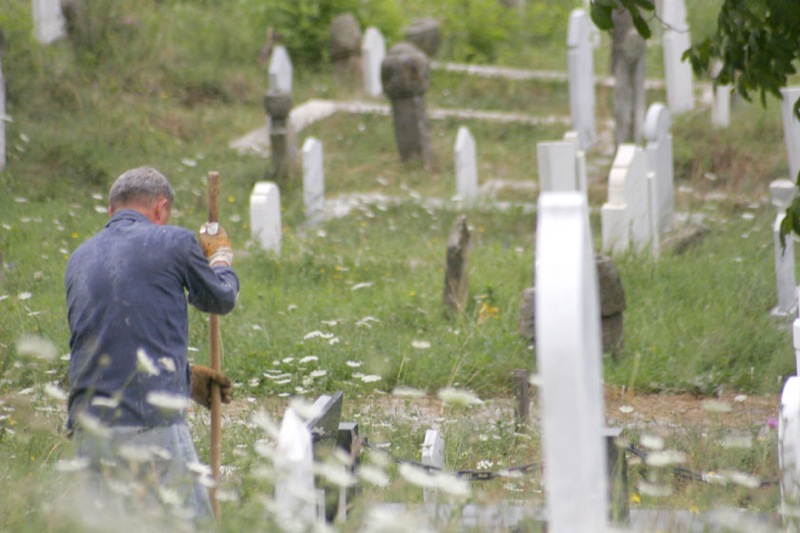 This week, global authorities confirmed there have been a total of 2.5 million coronavirus deaths since the pandemic began. Though infection rates are dropping, this grim milestone shows the virus has had a massive impact over the last year. One group of people in particular have been heavily affected. Dominic Pelleymounter explores the life of a professional gravedigger during a pandemic.

WHILE many are stranded jobless or furloughed right now, with so many deaths, there is one role that is, regrettably, guaranteed to have an upturn in activity. This is the gravedigger’s story.

It’s a cold December night. The air glimmers in the light of the streetlamps. A worm out, tired, brown estate car pulls up outside my house.

Carefully maintaining social distance, a giant figure slumps into my garden chair. I meet the baggy eyes of a man who has worked fourteen consecutive nine-hour shifts, without rest. He wearily gazes back at me.

This is Stan Alberg*, whose job as a gravedigger has transformed dramatically over the last year.

“We’re struggling. I don’t know how long this can carry on for, there’s just too many,” he says.

“We’ve lost our personal touch, we can’t help people the way we used to, it’s not the same anymore.”

Stan is a gravedigger at Southern Cemetery in Manchester, the biggest municipal cemetery in Europe.

The pandemic, which has claimed 120k lives in the UK, has created a spike in the number of funerals.

“It used to be a relatively light job in terms of work,” Stan tells me. “We’d get our sheets in the morning, with plot numbers and names, telling us where to dig, and who it’s for.

“I’d have a quick glance over at that, have a cup of coffee and a chat with the lads, before heading off to start my first dig.”

Stan says that generally, he would deal with about twenty funerals in a busy week, but about fifteen on average.

He says: “We could really connect with the families, help them as much as possible with the grieving process. It was nice, in some ways, to give them the closure they might need.”

Since the start of the pandemic, however, everything has changed.

The happy family man, who took his time to get to know those burying their loved ones, is now adapting to a job that has changed radically, not just in terms of the amount of work, but also in how it is carried out.

“The different teams at work can’t help each other anymore. I’m in a bubble with my digging partner,” he says, “and that’s the only person I can interact with when there. You miss the rest of the guys because we all have a great relationship with one another.”

The busy schedule of funerals, and the necessity to isolate during the pandemic, has caused Stan to lose his emotional attachment to those visiting Southern Cemetery.

“COVID put a stop to meeting families, and the connection that we had with them. It’s just going from plot to plot now, all day, because the number of funerals we’ve had over the past nine months is unreal,” he sighs, shaking his head.

“We can’t help the funeral directors with their job, or console those grieving.”

Stan, who prides himself on his compassionate, and helpful manner, admits he is struggling to cope with these restrictions.

The past nine months have seen gravediggers across the country become bombarded with brutally long days, and Stan sees no change coming in the future.

“We’ve just had all of our holidays cancelled, right up until February and March. I won’t get many days off between now and then. We’re supposed to do one in every five weekends. I’ve worked the past three and don’t expect to be having many off in the weeks to come,” he says.

James Crown*, whose great uncle died during the pandemic, praises the work of Stan and his colleagues, saying that he is pleased with the way the funeral went, and the way that those working at the cemetery helped his family find closure.

“Everyone there was excellent,” recalls James.

“We knew it wouldn’t be like a normal funeral; only five of us could go, but the gravediggers at Southern (cemetery) were perfect. I saw them stood just to the right of where the coffin went, and they bowed their heads in respect. It meant a lot to us,” he adds.

The tiring, non-stop work of Stan and his fellow gravediggers may not be the same as the personal, friendly job that it used to be, but their efforts during the Coronavirus pandemic are not to be ignored.

As James says, the labours of gravediggers are still deeply appreciated by those saying goodbye to their loved ones.