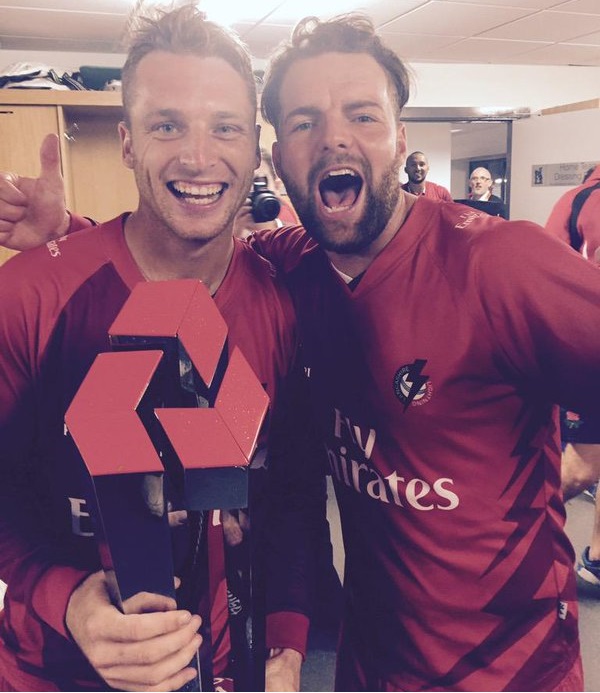 Arron Lilley is one of Lancashire’s big up and coming prospects. As a spin bowler who has made most of his impact in the Twenty20 form, he starred in their Twenty20 Blast winning campaign in 2015. Lilley has a lot to say about that win, a disappointing return in 2016 and trying to break into the Lancashire side in all formats. He also talks to Mike Annison about the exit of Ashley Giles and what the future holds with new coach and former Lancashire playing legend Glen Chapple.

“I think having had a pretty disappointing season last year as a club and personally, this year we will be looking to compete more in all forms”, said Lilley.

“Obviously losing Gilo will be massive but I’m sure Glen (Chapple) will be great for the lads and I’m looking forward to working with him.”

Despite the exit for Giles, who has returned to Warwickshire, Lilley believes that he has put in a brilliant service for Lancashire in his two years in charge, and is hugely grateful for the opportunity he has given him to get a foot on the ladder.

“I thank Ash for everything he has done for me, he has given me an opportunity as well as others, and I know the lads enjoyed Ash whilst he was around.

“Things happen and people move on and we must stick together now and move on. He gave us plenty of experience from what he had learnt over the years. Gilo played a hell of a lot of cricket and he gave that experience to me, kegs (Simon Kerrigan) and Paz (Stephen Parry) as fellow spin bowlers.” 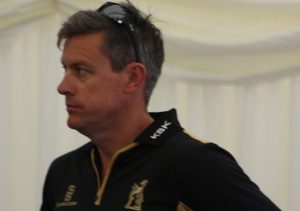 As well as being coach, Giles (pictured right) brought a lot of experience to Lilley and his fellow spin bowlers through his years as England’s front line Test match spinner, though Lilley himself has had most of his game time in the Twenty20 competition thus far.

“I consider myself to be able to play all formats, when I’ve played red ball cricket I’ve done reasonably well with bat and ball. I’d have liked to have cemented more of a spot but I’m working harder each year.

“I think Twenty20 suits my skills well and I love the buzz around T20. I think I’ve just got to keep working hard on both my strengths and weaknesses, and hopefully I can prove that I can play all forms.”

Lilley also has a lot of good memories of winning the T20 Blast for Lancashire in 2015, but he does not want that success to stop there. Neither for himself or Lancashire.

“Yes I think obviously to win the first Twenty20 cup ever in Lancashire’s history is massive and will stick with the lads forever, but it was disappointing not to give it a good whack last season. Hopefully this year we can go that step further again. I think I learnt mostly from that win that hard work and sticking together as a team is massively important.”

To help them try and do that, the ‘Lightning’ have secured the overseas signing of James Faulkner who was an integral part of their 2015 success.

“Yes Jimmy was great, all the lads loved him and he brought that experience at the start, middle and back end of a game that we needed, I mean you don’t get named man of the match in a World Cup final for no reason. I can’t wait for him to be back and bugging himself up again this season.”

Lancashire’s Twenty20 success in 2015, Warwickshire’s in 2014 and the fact all four North Group that qualified for the last eight last year made the semi-finals has put the pressure on the South Group to hit back as Lilley jokes.

“I feel that the North group is more competitive, obviously the south group have some brilliant teams and players but as you say stats don’t lie.”

One of the huge parts to any short format success is fielding and making every run count, and Lilley showed off with two superb catches that grabbed the headlines in 2015.

“The rise of Twenty20 and the improvement in player fitness has helped fielding, I pride myself on my fielding as I really enjoy throwing myself about. I think a lot of the lads nowadays understand that fielding is a massive part of the game, so you have to be good at it.”

The 25 year-old has a lot of competition for first team places at the club from specialist first class spinner Simon Kerrigan, and specialist one-day spin bowler Stephen Parry, but he insists that there is no hostility with that competition.

“We all get on as a spin department, obviously we are all competing together but I feel we are really tight knit and help each other out. I’ve grown up through the ranks with Paz as my second team captain so he has helped my game massively.”

When Lilley describes Lancashire’s season in First Class and 50 over cricket last year he says: “I just think we didn’t play the kind of cricket we are capable of”, but now hopes that changes to the First Class format will work in their favour.

“I think we just have to do the things we do best more often and that will take us as a unit where we want to be. We can’t leave it in somebody else’s hands like last year.”

But does Lilley think these changes will have a negative long term impact on the game?

“I don’t think so, I’m all for the change I think it will be good for the counties in the long run, hopefully Lancashire come out this season as treble winners.”

There is not long to wait now to see what Lancashire can do this term, as Lilley hopes to be involved in the season opener in the County Championship at Essex on April 7.