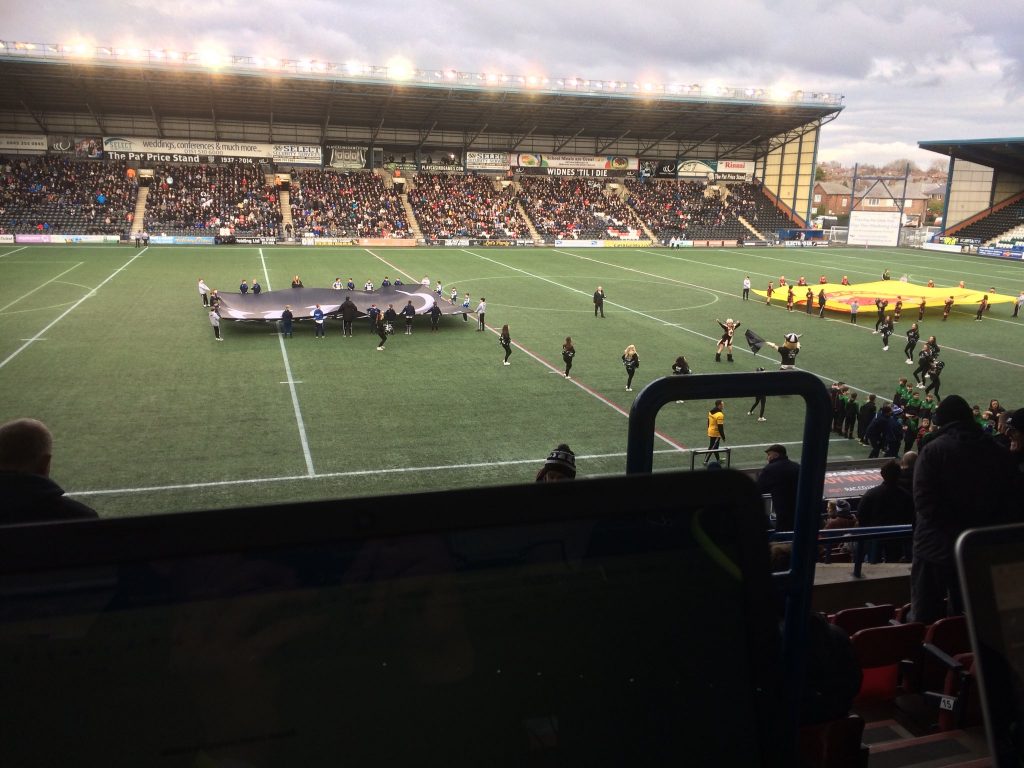 Second Year sports journalism student James Messenger was invited by the Widnes Vikings’ media team to their opening fixture to the Super League 2018 campaign against the Catalans Dragons.

The avid rugby league fan was in charge of the Widnes’ media accounts during the game, alongside sitting in the press and producing a match report.

James tweeted: “Incredible day working with the vikings media team. Learnt so much about what happens during game day, ran the official social channels and sat in the press to produce a match report. Onwards and upwards from here #DifferentLeague”

The Warrington fan also produced two interviews for the Widnes media team, alongside producing content for online platform ‘Nothing But League’.