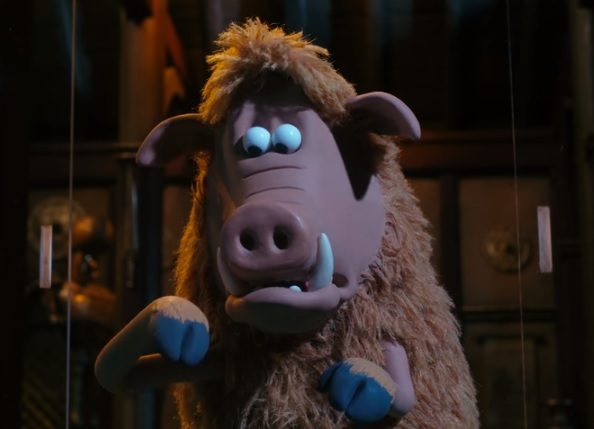 It was a Grand Day Out for a group of lucky University of Chester students who helped Aardman senior model maker and animator Jim Parkyn during a series of model making workshops at Storyhouse in Chester.

The second year BA Film Studies students, who are making their own animated shorts for the Short Cuts and Animation module, enthusiastically volunteered to help 120 youngsters and their parents make their very own Shaun the Sheep, Gromit, and Hognog – one of the characters from Aardman’s new film Early Man.​

“The children, as well as their parents, had a great time making the models, although some looked a little more like Yoda from Star Wars rather than Shaun the Sheep!

Kate added how the students “absolutely loved” the sessions and were rewarded by taking home one of the Shaun’s, Gromit’s and Hognob’s created by Jim, which will no doubt become one of their prized possessions.

“We are very grateful to Paul Lavin from Storyhouse for facilitating this opportunity and hope to be able to do it again next year,” said Kate.

“The techniques the students learned at Jim’s hands will be extremely beneficially for the module, as they attempt to make their own animations.”

The Short Cuts and Animation module allows students to play with animation. Each year the students have the opportunity to create their own animation in the style of one of the animators covered in the sessions.

Previous year’s students have made films based on Jan Svankmajer, Tim Burton, as well as Aardman Studios.

Find out more about BA Film Studies at the University of Chester HERE.

Watch the Early Man trailer below>>>