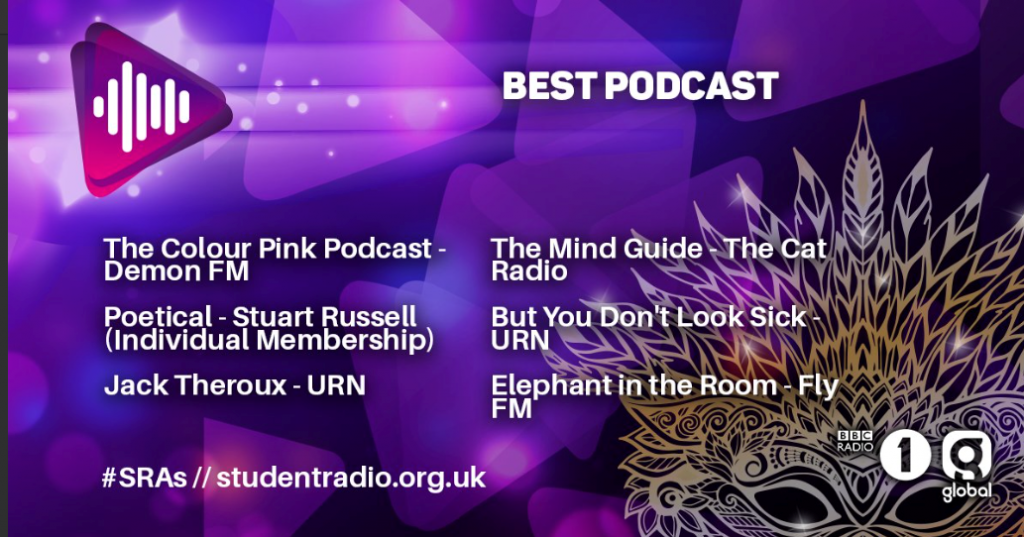 The University of Chester’s campus radio station The Cat Radio has been nominated for two national awards.

Will Dell’s ‘The Mind Guide’ is nominated in the best Podcast category and the The Cat Radio’s Student Radio Chart show has also been shortlisted.

The Mind Guide is a five-part podcast series about Mental Health and Wellbeing that was created to coincide with mental health and wellbeing awareness week in May. The episodes were: Substance, Lifestyle Medicine, Mindfulness, Chasing the Stigma and Take a Walk. At the end of each episode, listeners were invited to join in with ’60 seconds of meditation’, to relax to some soothing, relaxing sounds.

Will, 22, from Leeds said: “I’m really proud of The Mind Guide and I loved working on it for Mental Health and Wellbeing Awareness week. I got to talk to some great people with some fantastic stories to tell and I was able to have some great conversations because of it.

“I’d love to pursue a career in the Podcast industry, so being recognised by the SRA is amazing. Plus it’s the first year that there has been a podcast category.  The SRA Chart Show is a big event for us, and I had a blast co-producing it with Cat.” 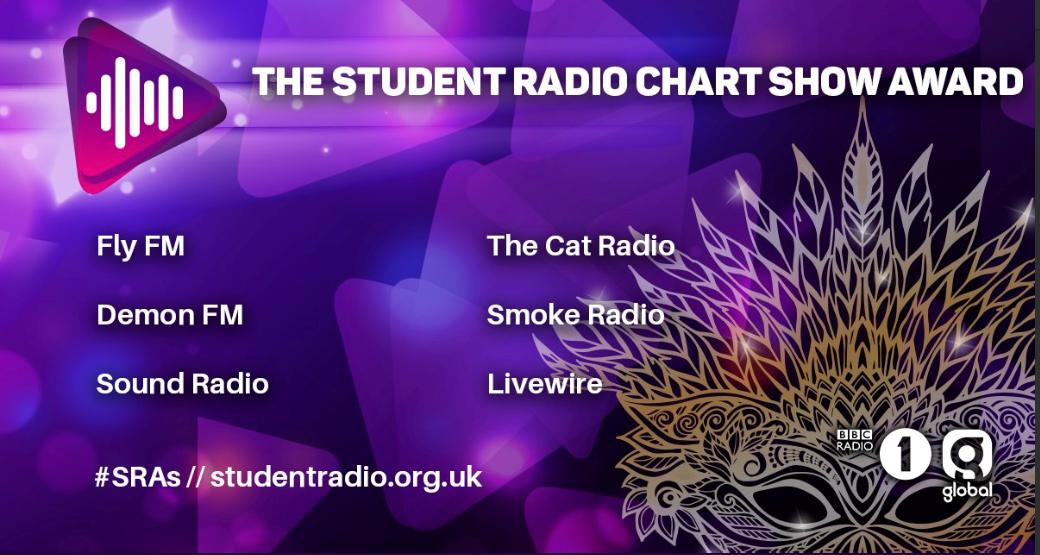 Student stations are invited to host the chart show each year.  In March 2018 Richard Wolfenden, Michelle Homan and Craig Taphorn presented the programme that is syndicated on student stations up and down the country.  Will and Cat Warren produced the show.

An interview with The Voice winner of 2017, Mo Jamil, featured in the two hours. Mo had been a judge on The Voice 2018 and was on the television programme the night before the chart show on The Cat Radio, singing his new track.

Catherine Warren, 21, from Flint, North Wales said: “Producing the SRA Chart show was incredibly fun, despite being at one of the busiest times of the academic year and that was all down to the amazing team of presenters and the ongoing help from my co-producer Will Dell and lecturer Michelle Ponting. Fingers crossed for November 8th guys!”

Radio Production Programme Leader Michelle Ponting said: “We entered quite a few of the categories this year so I had high hopes. To get two nominations this year is great for the students and the University. We got Silver for the chart show a couple of years ago so let’s see if we can beat that this year. Will’s Podcast was fantastic and a great tie in with a university wide initiative.”

The Student Radio Awards are held annually in London. This year there were over 500 entries across 16 categories.

The awards are judged by over 100 industry professionals to produce a shortlist of six nominees in each category. The nominees are then whittled down to a Bronze, Silver and Gold award winner by some of the biggest names in radio.  Radio 1 Breakfast show host Greg James is a previous winner at the awards.

The star-studded ceremony takes place at indigo at the O2 in London on November 8th. It’s one of the key events in the radio calendar and a highlight in the world of student media.

Listen to The Cat Radio HERE.

Find out more about studying Radio Production at the University of Chester.