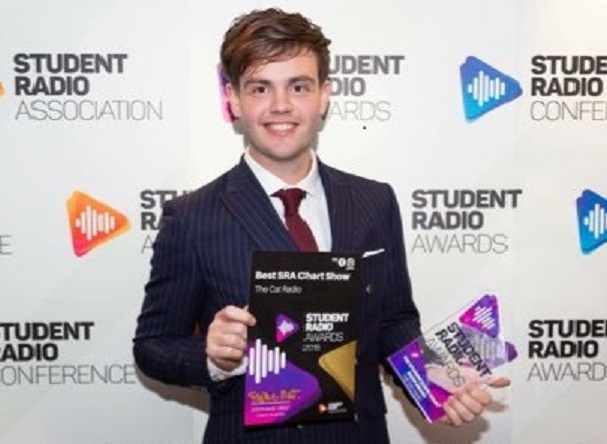 A University of Chester Radio Production student will present on national radio over Christmas alongside the likes of Chris Moyles and Johnny Vaughan.

Richard Wolfenden, who has recently completed an MA in Radio Production based at the Warrington Campus, has been offered shifts at Radio X throughout the festive period.

The 26-year-old from Liverpool said: “I am obviously buzzing! It’s completely insane that I’m going to be on air, on my favourite radio station, playing just my kind of music. Even if the hours look absolutely brutal, I’m over the moon!”

In November, Richard attended the coveted Student Radio Awards and picked up the Gold award for Best Student Radio Chart show, for which he was one of the presenters.

During his time at the University of Chester, Richard presented a sports show on the campus station, The Cat Radio, and he also did an outside broadcast from Chester FC.

Radio Production programme leader, Michelle Ponting, said: “I am absolutely delighted for Richard. He’s worked really hard over the past year. I’m not surprised he’s been given this opportunity. He sounds great on air and will be a talent to keep an eye on.”