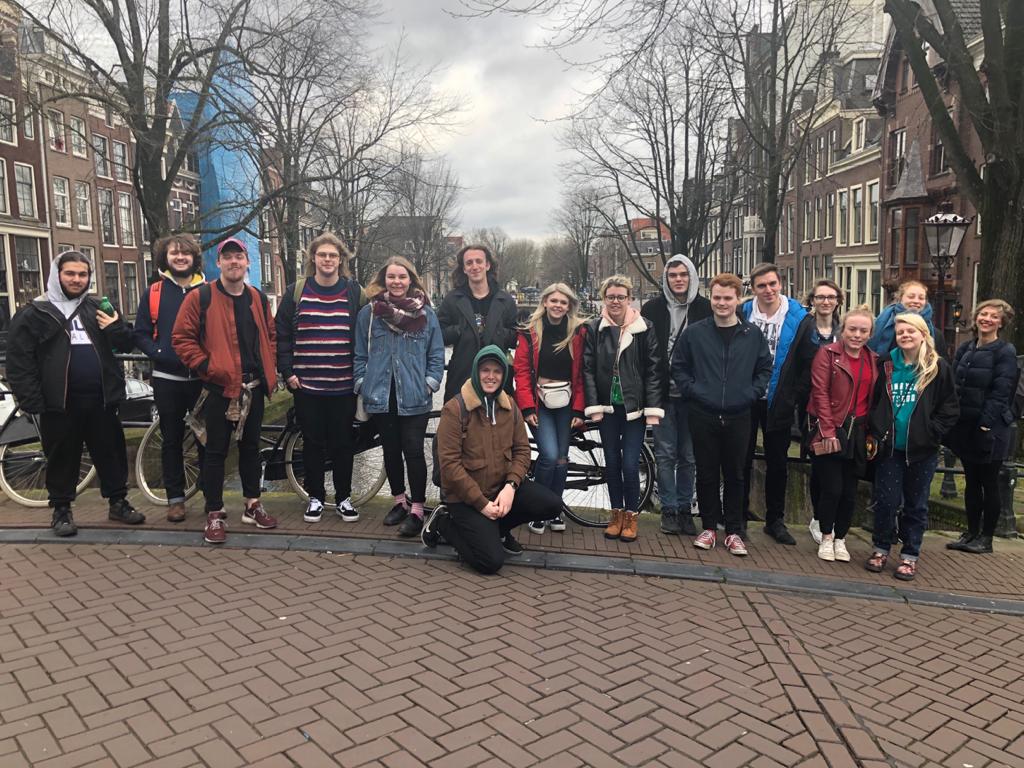 Dr Simon Morrison AKA Dr Disco, looks back at the Department of Music Media and Performance’s recent study trip to Amsterdam during Student Development Week.

“The study trip to Amsterdam offered great opportunities to discover much of the history, culture and music of this great city.

Personal highlights for me included the Van Gogh museum. It wasn’t until this visit that I realised my favourite paintings of his are from his very last years, when the inner turmoil he was experiencing was expressed in the thick swirls of paint in his portrayal of wheat fields and angry skies.

I was also very moved by the Anne Frank house, which I have visited on previous occasions.  The central tragedy remains that this was a young girl, living a young girl’s life (if in an admittedly very different environment), who dreamed of being a journalist… and yet would never live to realise those dreams become realised, as she communicated her inner thoughts to the world, via her celebrated diary.

As I run the Music Journalism programme I also enjoyed the two gigs we went to during the week.  Mae Muller fronted a tight, funky band but I was less impressed with her lyrics about dysfunctional men… think she needs to re-think her approach to relationships!  Much better was the all female riot grrrl band Sleater-Kinney.  Great to see them in the elegant environs of the Paradiso.

But I really also enjoyed just mooching around the city … around the Jordaan, for instance, where we went for lunch one day.  I was a student in the city myself, on the Erasmus scheme, so it was great to reacquaint myself, some 30 years later, with a place that means so much to me, not as a student myself, but with my own students from the Music Journalism programme and other disciplines within the Music, Media and Performance Department.