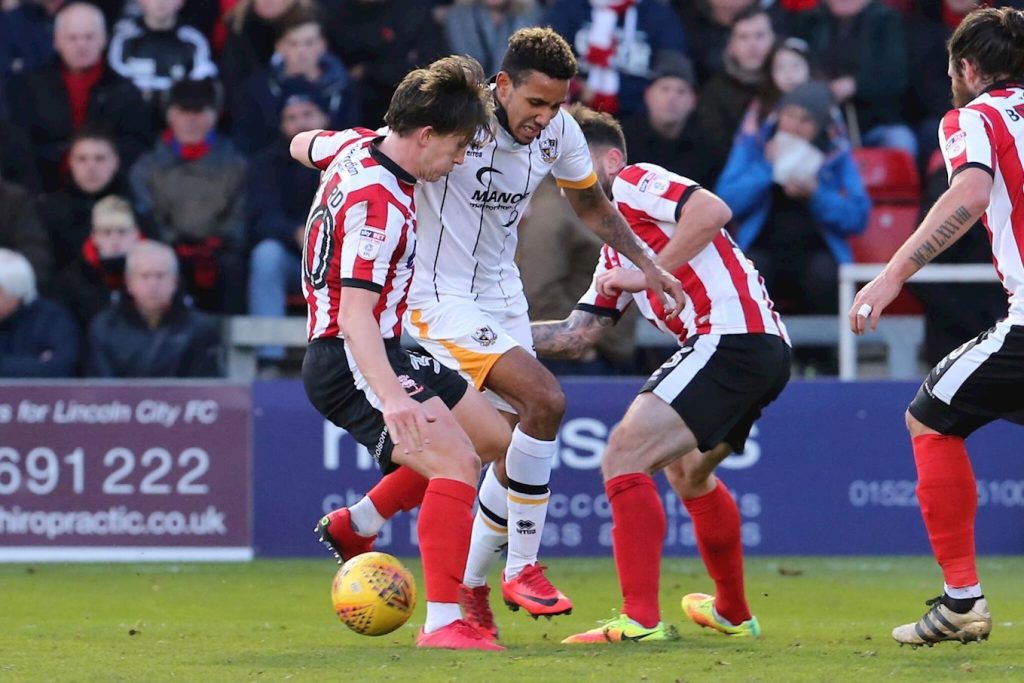 World Mental Health Awareness Day falls on October 10. This year, the theme is “mental health for all”, but for one footballer, regaining his health was no easy task. By William Poole

“I had no friends. All the people that I thought were friends had gone. The worst thing for me was that I lost myself in the process,” said Cristian Montano.

The Port Vale star had finally settled for the night after a day of football training and looking after his two young children.

He sat upright on his sofa, with his laptop placed firmly on his lap.

His expression was serious as he opened up about his previous troubles.

Around six years ago, Montano found himself amid scandal, which saw him get dismissed by Oldham Athletic for supposedly being involved in a match-fixing scandal.

On top of that, he was preparing to a face a jury for allegations of rape.

He said: “I felt like everyone was against me. I had no job, and that led to me losing my house. It became daunting. It became depressing. “English fans were bullying me, laughing at me and they were wishing I never got the chance to play football again.

“I didn’t know what to do. I turned to alcohol to try and mask everything that was going on.”

There was a pause, during which the 28-year-old gazed into the distance. “I thought my life was over,” he said.

Montano was brought up in Cali, Colombia until the age of ten, when he joined his mother in emigrating to the UK for better life opportunities.

He did not return to his native country until the tail end of 2014, following the conclusion of the rape trial where he was found not guilty.

He received £900 in expenses, and with that money he decided to book a one-way ticket to his home country, after borrowing an extra £300 to be able to cover the flight costs.

In Colombia, he slept on the floor of a friend’s house, and he started training with local side America De Cali.

“Going back to Colombia helped me a lot, even though it was tough because I had very little money,” said Montano.

After a short stint back in his homeland, he returned to England in the new year. Soon after his return, the FA dropped the match fixing case. For the first time in just over a year, there was nothing hanging over his head.

Since then, he has started enjoying his football again. Bristol Rovers acquired his services shortly after his return to the UK and then he joined Vale in August 2017.

A year into his spell at the Valiants, Cristian was approached by the media team at the club just before World Mental Health Day to speak out about his past.

“Four years on from it happening, I spoke out to everyone. I made it known what I went through, how I felt and how I got out of it.

“It was emotional, but it actually lifted something off my shoulders,” admitted Montano. There was a sudden sparkle in his eyes and the gloomy atmosphere departed. A smile accompanied every word as he began to touch on what he did to combat his woes.

“I’ve become an ambassador for ‘Men Unite’ and I now co-host a podcast for them with Dan (Biddulph).

“I am also working on my own clothing brand. The brand will stand for ‘Champion Mindset’ which is my initials. Every order which an individual makes, a percentage of that will go towards a charity which I am creating.

I want to help people with mental health and those who are at a disadvantage. I am doing it all on my own,” said Montano.

Dan Biddulph who is a part of the podcast, spoke about his relationship with Cristian. “Our friendship is great; he is a very calm and relaxed person around me. He is always laughing.

“You could direct a film of Monty’s life, he’s been through a lot and he’s also learnt a lot about himself. He’s a great guy, who is always willing to help others,” he said.

As the conversation ended, Montano left with a comment which spoke volumes about his character. He once felt very alone. He said he does not want anyone else to feel the same.

“If you know anyone suffering with mental health, send them my way.

“It is a long process, but anything you want is possible. You just need to believe in yourself.”