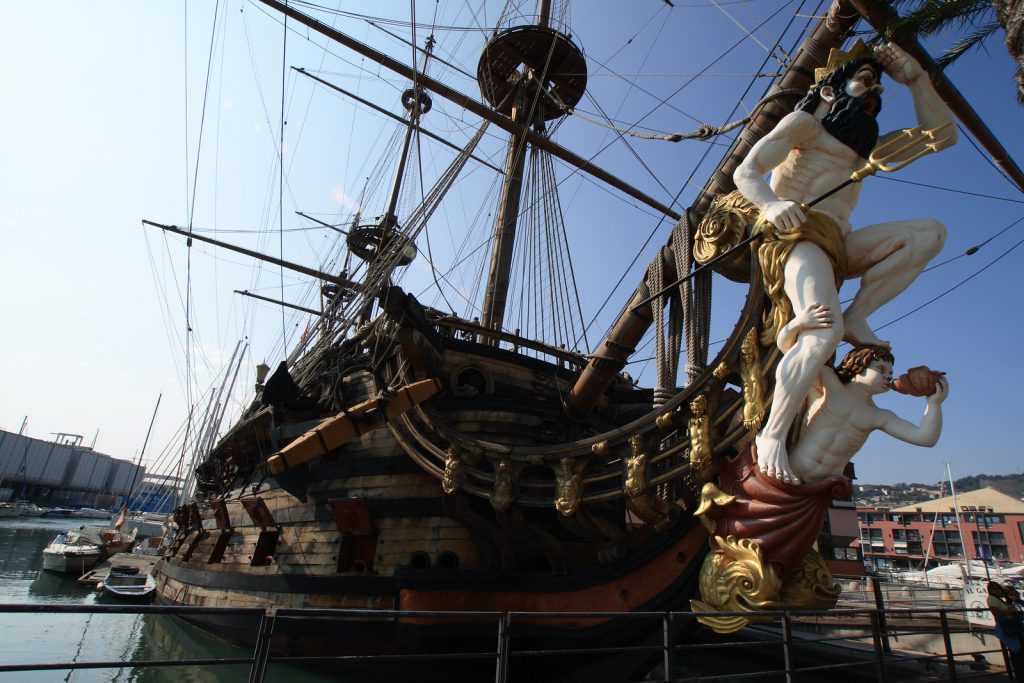 TikTok has given rise to many trends in it’s lifetime, from catchy dances to debunking viral hacks.

However, one thing that no one expected to take off was sea shanties – in particular ‘The Wellerman’.

Through 2020 and early 2021, when many were forced to retreat indoors, shanties became an online phenomenon.

John Bradley of The Selsey Shantymen, lives and breathes salt air. He opens his emails with “ahoy!” and closes them with “me harty”.

He said: “It is great that there has been a real surge in interest for sea shanties; the popularity of ‘The Fishermen’s Friends’ movie a couple of years ago, together with a complicated and limited social situation caused by Covid-19, found a simple and user friendly traditional song format.

“This floated high on the TikTok wave, thus bringing the songs to the attention of all – a perfect storm. We have seen renewed interest locally in our singing and, of course, we have now included The Wellerman in our set.”

Sea shanties were traditionally sung on work ships, and thus many traditional songs revolve around the day to day life of sailors.

‘The Wellerman’ is based around a whaling crew, which is evident from the fact that the two main parties in the song are the crew of the Billy o’ Tea and the whale.

Many other shanties cover other aspects of sea-faring life, while others cover stories or fantasies.

James Eagle, one of the organisers of the London Sea Shanty Collective, said: “People were obviously desperate for a bit of community and human connection during lockdown. Communal singing is great for that, and TikTok is as close as we could get to the real thing.

“Sea shanties were the perfect songs for the situation. They’re intended for communal singing, by sailors at work hauling on ropes and heaving on capstans. They’re tremendous fun to sing, and very easy to pick up, with big bold choruses and call-and-response lines.

“And their themes were relevant too – isolation, making the best of a tough situation, waiting for the day when it’s all over and you can hit the town with friends and lovers. That resonated with a lot of people.”

But Grant Henderson from Loom Studios doesn’t think sea shanties have made landfall – yet.

He said: “To be honest, I didn’t know they had become popular.

“It’s not something that has crept into the studio yet. I haven’t had any bands booking in to record sea shanties. I have done a few in the past from mainly folk bands, but if there is a trend it hasn’t hit the local studios as yet… I think comedy value is an easy pick.”

Indeed, there are certainly both modern and traditional sea shanties that are designed to be humorous, such as Moby Duck, Got No Beard  and Chicken on a Raft.

While not as plentiful as shanties which tell stories (such as Banks of the Lee and Santiana) or those that told about daily life (Four Hours and Randy-Dandy-O).

When asked for their most popular shanties, Eagle said that they have dozens of members who would probably all give a different answer.

However, favourites at their gigs include South Australia, Wild Goose and The Earl de Gray (an original written by Chip Wilson about an LGBT pub in Hull which was recently threatened with demolition).

Bradley, meanwhile, named ‘Rattle Them Winches’ and ‘Leave Her Johnny Leave Her’ as his favourites and Henderson named ‘Rox in the Box’ by The Decemberists as a memorable song.

You can find out more about sea shanties here and listen to ‘The Wellerman‘ here.